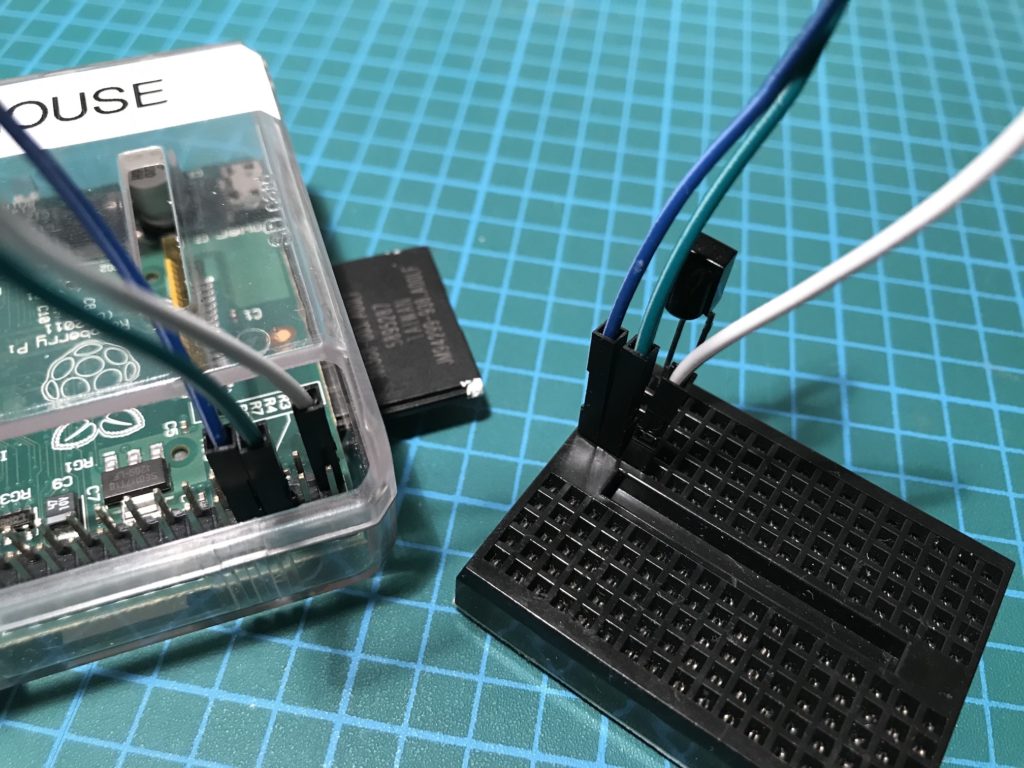 This is the first in a series of posts where I will describe how to use a Raspberry Pi, Raspbian and Linux Infrared Remote Control (Lirc) to receive and send infrared remote control signals. This first post will be focused on setup and receiving input.

Linux Infrared Remote Control (Lirc) has been around for many years and is an example of a ‘traditional’ unix application: it can do many things and is tricky to setup (the documentation even says a much). With a Raspberry Pi and a few cheap electrical parts it is possible to create a custom remote control or have your computer respond to your existing remote.

The presence of the general purpose input output (GPIO) pins on the Raspberry pi allows the control of external circuits from a linux computer. These instructions will use Linux Infrared Remote Control (Lirc), a well established and tested collection of applications, to receive input and send output.

A quick note about Raspberry Pi models. All Raspberry Pis have a row of GPIO pins, but depending on the model, some of have either 26 or 40 pins. To confuse things a little more, early models changed what some pins did.

In an attempt to keep things simple, these instructions will use the following pins which are the same across all models:

It should be noted there are two ways to refer to the pins. One way is by pin number, starting at 1, labeled on the board with P1. A second way is by pin function, such as GPIO1, TXD0 etc. FYI there are multiple GND, +3V3 and +5V pins. These instructions will be using pin numbers.

Rather then re-hash how to install Raspbian on a SD / MicroSD, please see the official instructions. Use Etcher, it makes things much easier and less likely to make your computer unbootable.

Different versions of Raspbian or lirc may have different results.

After installing, connect the Raspberry Pi to the internet and login.

Previously it was recommended to install and run rpi-update, which updates the firmware and kernel, this is no longer recommended.

As a result of running rpi-update, test and developmental firmware and kernels were installed, which can be unstable and some do not include the lirc drivers. As a result it is no longer recommended to run rpi-update.

Reboot to make sure changes are live:

This installs version 0.9.4c of the lirc package.

Edit /etc/lirc/lirc_options.conf to configure to use the Raspberry Pi GPIO pins by changing the driver from devinput to default:

Reboot to make the changes live:

Shutdown the Raspberry Pi whenever connections are made to the GPIO pins.

First buy a breadboard, leads and infrared receiver. The receivers are cheap, around $2.00.

This hardware will be to prototype the circuit and will not require soldering.

Setup the sensor on the breadboard. There are three leads, if you are using the TSOP38238, lens (‘bump’ on sensor) facing up and should be connected as follows: 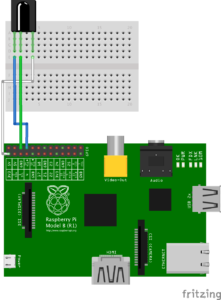 Now that the circuit is complete, next step is to test the reception of remote control button presses

Second, start mode2, which will listen for pulses from the sensor.

On start you should see:

Point remote at receiver, begin pressing buttons. If you see a series of lines like the following, then the circuit is working:

Next we will create a lirc configuration file for your remote.

As a result of the large number of different remotes with buttons, lirc defines a standard set of button names (commonly referred to as a namespace), the current namespace has over 500 button names. A typical remote will only have a small subset of these names.

To see the list of standard button names, type:

Based on the remote being captured, it is worth taking a few minutes and plan out which buttons names should be used.

The lirc project does ship with some remote configurations already captured, see /usr/share/lirc/configs

As a demo, we are going to capture the power button on the remote, this is the KEY_POWER in the name space. In part 2, this button press will be transmitted to demo irsend.

And that is it! Hopefully you have a really simple circuit that is capturing the IR signals from your remote. Next we will transmit this button press back to power on or off the device the remote controlled.