OpenCV is an Open Source computer vision library that, among other things, can recognize faces, including eyes and smiles. 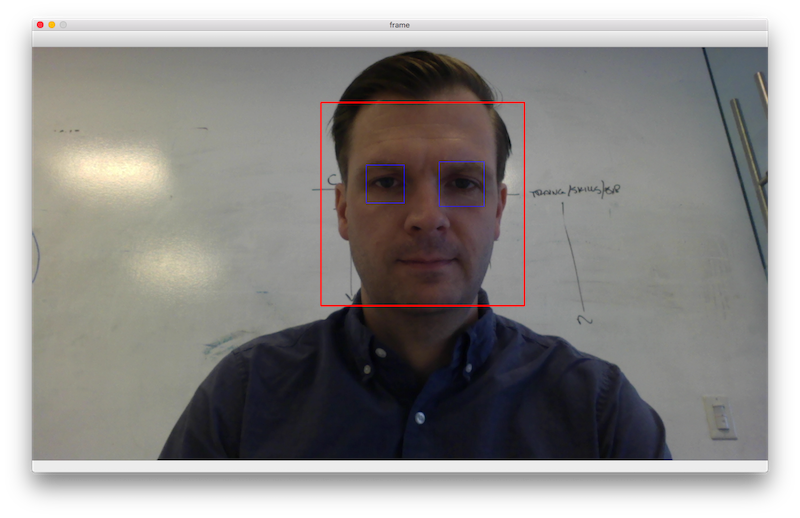 The following are steps to install OpenCV libraries and Python 3 for macOS and Linux. Sorry Windows users, you are on your own here.

For macOS, the most straight forward way to install OpenCV and Python 3 is to use Homebrew. The following steps will install Xcode, Homebrew, Python 3 and OpenCV.

The OpenCV face recognition demos do not require the latest version of OpenCV, so the following steps will be using the current packaged version.

To use the latest version of OpenCV install from source, see the Reference links at the end of the macOS and Linux sections.

First, install Xcode. Open the macOS App Store app, search for Xcode and install. Downloading and installing Xcode will take a while, it is a large application.

After Xcode has been downloaded and installed, open Xcode and accept the license. If prompted to install additional components, install them.

Next, install Homebrew; Homebrew is a package manager for macOS, it will be used to install Python and OpenCV.

Visit the Homebrew home page and run the ruby script to install:

If you have an existing Homebrew installation, be sure to run update, doctor and upgrade:

Homebrew installs to `/usr/local/bin`, so make sure that it is on the path (you may have to open a new terminal window):

Response should include the `/usr/local/bin`, for example:

These steps will be specific to Ubuntu, but other distributions will be similar.

Testing was done with Ubuntu 18.04 Desktop.

First, install all updates, patches and reboot if necessary:

At this point, confirm that Python 3 and OpenCV are installed correctly, run Python in interactive mode and get the version number:

What are Haar Cascade Functions?

The exact details of how Haar Cascade functions work is pretty much magic. To borrow from the Wikipedia entry on Haar-like features:

A Haar-like feature considers adjacent rectangular regions at a specific location in a detection window, sums up the pixel intensities in each region and calculates the difference between these sums.

So magic. But magic you can train. Also, the constant time calculation is important, it allows a predictable response to image recognition.

The demo apps are very bare bones Python apps, meant to be simple to understand the showcase the OpenCV functions.

The demo apps all do the following:

Some of the parameters need to be adjusted for the camera, as the subject may be larger or smaller in the frame depending on hardware and the subject(s) distance from the camera.

Those parameters to adjust are:

The demo code can be cloned from:

In a working directory, run the following to clone the projects:

The first demo is opencv-detect-faces, it is the simplest of the demos and only uses the `haarcascade_frontalface_default.xml` classifier. 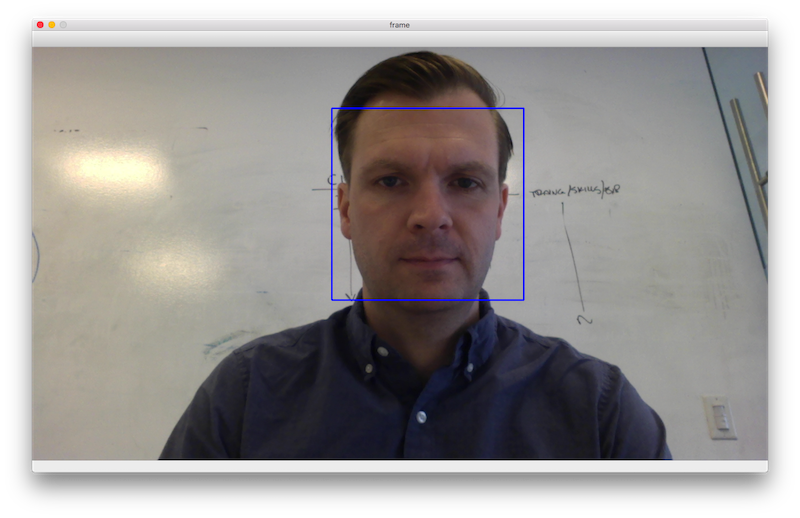 A new window should open with the output of the camera and a blue box around any detected faces.

The second demo is opencv-detect-eyes, it is only slightly more complicated, it relies on the face being detected first and then within that region, looks for eyes. If face detection isn’t run first, there can be many false positives with ‘eyes’ everywhere. Spooky. It uses the `haarcascade_frontalface_default.xml` and `haarcascade_eye.xml` classifiers.

A new window should open with the output of the camera and a blue box around any detected faces and red boxes around the eyes in the box.

The final demo is opencv-detect-smiles, it is similar to the second demo, using the face detection, but rather then eyes it will detect if the user is smiling. It uses the `haarcascade_frontalface_default.xml` and `haarcascade_smile.xml` classifiers. 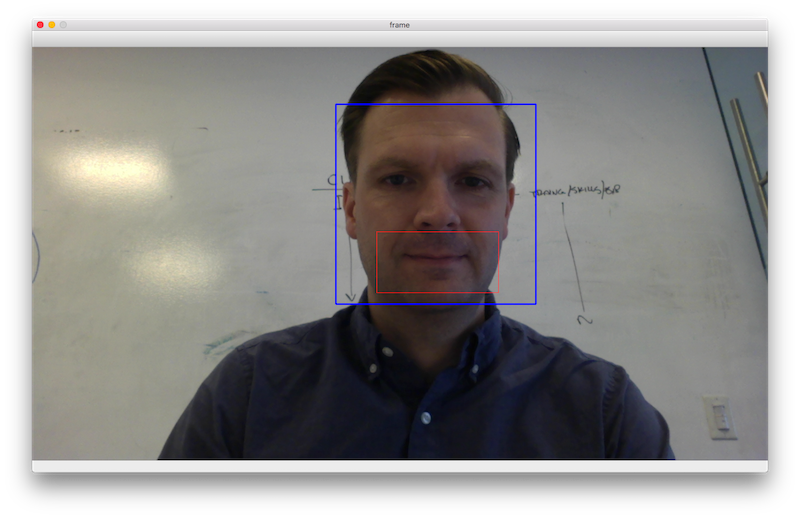 A new window should open with the output of the camera and a blue box around any detected faces and red boxes around smiles in the box.

Hopefully these simple demos provide a bit of an insight into how face detection works. I hope to explore other features of OpenCV in the future.